The Use of VPN in Iran

If you are planning to visit Iran, you might want to prepare yourself beforehand for restricted internet use. You can use VPN services that will allow you to access the content that you need. You can either purchase VPNs or Download the free VPNs that work in Iran. Keep in mind that it is better to do so before arriving in Iran since the VPN websites might be blocked as well. Read here about Iran SIM Cards and available internet packages

Which VPN Works in Iran?

Among different VPNs that work in Iran these are the best and top 5 VPNs which you can purchase. You can use the free trial while you are in Iran. In this way you do not even need to purchase anything for a few days in Iran. As you might already know, these VPNs bring you high quality, secure and fast connection service. On top of that, purchased VPNs work better on Laptops, PCs and other devices.

Which Free VPN Works in Iran?

The safest used free VPNs in Iran are Psiphon, Hotspot Shield, Freegate. These can be download freely from their websites. Some of them might work on android better than iPhone.The best free VPN for iPhone in Iran, according to some recommendations, is secureVpn.

Free VPNs might not be the safest option or even the fastest one. If you want high quality connection with security and speed where there is no advertisement getting in your way, purchasing a VPN is recommended to downloading a free one.

You can use each of the VPNs’ websites to download them. You can also download VPNs from Appstore or PlayStore on your Android/IPhone. Keep in mind that it is better to do so before arriving in Iran since the VPN websites might be blocked as well. It is better to have a backup VPN in case the other one stops working.

Is VPN Legal in Iran?

Generally, purchasing, downloading and using VPNs are not something of a legal matter. Though, there has not been any reports of somebody getting in trouble for it. Most people use VPNs on daily basis for a secure and free internet access.

What Social Media Or Websites Are Allowed in Iran? Is Facebook Illegal in Iran?

The better question is what social media or websites are not allowed in Iran. The list below is consist of the major websites which are blocked in Iran. This list might change overtime.

Here are some of the most common questions regarding VPNs and internet access in Iran:

Is google allowed in Iran?

You can freely use and search in google for different contents. Some websites and google services might be blocked in Iran.

YouTube and Twitter are among the websites that are blocked in Iran but they are available with VPN.

Is Gmail blocked in Iran?

There is no restriction against using Gmail and it is totally allowed in Iran.

Can you use WhatsApp in Iran?

You can definitely use WhatsApp freely in Iran for messaging, calls and video calls.

Do IMO and Botim work in Iran?

You can use these two applications for phone and video calls without any restriction. 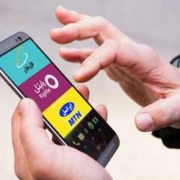