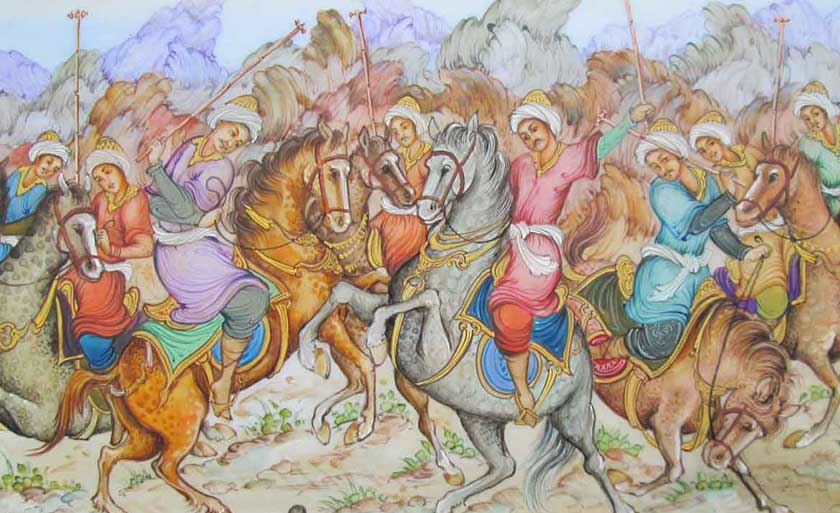 Miniature or Iranian traditional painting is an artistic process during which a design is created on painting canvas by a paint brush smeared with color. In fact, miniature is a public concept and includes different methods and styles of Iranian painting whether painted in the books and manuscripts or on the wall and door of constructions and other painting canvases. To perform it, the artist after preparing the surface of work which is very important, paints on the canvas by paint brushes with different sizes then colors it with watercolor. The best paintbrushes are made of cat, squirrel and sable fur which is flexible while it does not curl. After being colored, the painting is polished and details are completed. In the best mode of his work, miniaturist depicts whatever he has imagined. He creates a scene while employing physical objects, expresses material relations in another way.

The world that miniaturist depicts, is the one philosophers called eight heaven or exemplified world. The goal of this art is to create a world which is different from ordinary and physical world. The presence of such realm in Iranian painting is possible by the language of code, allegory and imagination and through special methods. Miniature in Iran has not only a long history but also a deep influence on all Iranian arts. It is considered as a basic field. The first painting works were seen in Dosheh cave of Lorestan with antiquity of eight to ten thousand years. With the advent of Islam in Iran, miniature was manifested in illustration of books more than anything. For the first time in the history of Iran, illustration of books was done in the form of workshop and in Robe (four) Rashid Collection which indicated the improvement of miniature in Iran. 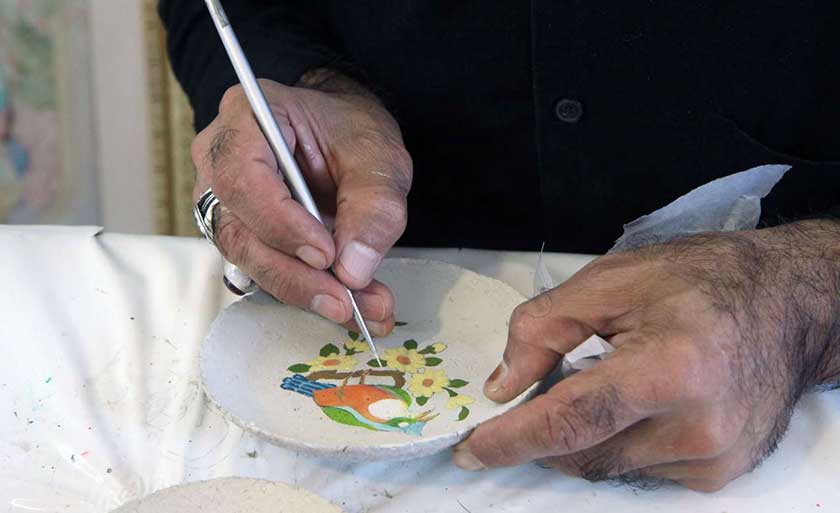 In different periods, Iranian artists by the aid of their talent and artistic taste made various changes in miniature which resulted in creating many artistic schools in this field like Baghdad, Esfahan, Bokhara, Tabriz and Shiraz schools, each school with its own unique features but, on the whole, the most important Iranian feature is the manifestation of dominance of the imaginary world over the concrete objective world. Among the features of this kind of painting are: omitting perspective, expansion of space from bottom to top, placing the elements in the picture based on spiritual level and material aspects, lack of light source in the scene, usage of brilliant, flat and various colors, not having more than two dimensions, lack of contrast of light and the equal importance of human and nature. In continuation of this trend, new schools and different styles appeared in Iranian painting method but traditional painting with its rich background has still retained its position.