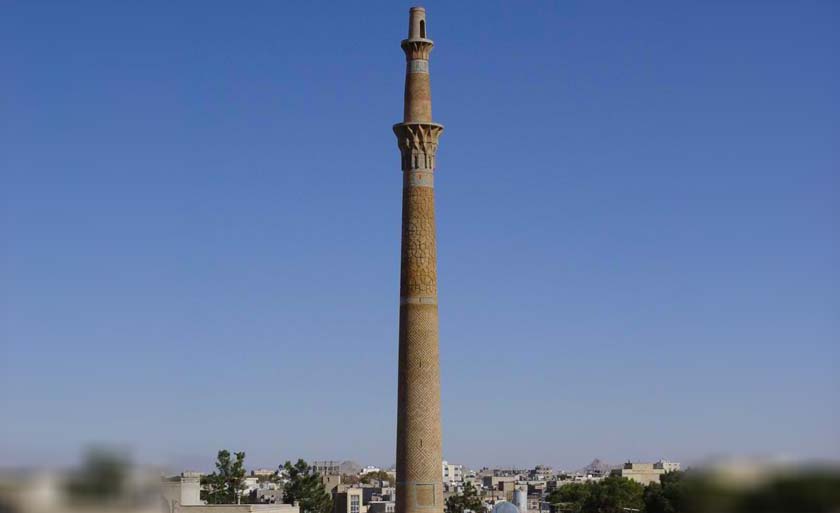 Most people visiting Isfahan focus on 400 years’ heritage site of Naghshe jahan square and other Safavi era monuments, some of them visit Jame mosque a Saljuk period magnificent mosque but dokhtaran and Masjid(mosque) Ali minarets are standing for about 900 years, this part of the city has been the habitat of Jews. Sarban minaret has about 48 meters height and is 900 years old. Minaret acts as a sign to show the city direction to the Caravans(Traveling groups), ( minaret = the place of fire) . the minaret has 7 parts. it,has been made by brick and a small part is covered by tiles. Simple but beautiful brick works on the body of minaret made it more attractive. Although I have never heard any problems with the visitors but as the minaret is located in the old part of the city inside the old quarters which are themselves interesting especially for western tourists I advise the visitors to be in small groups but not alone.