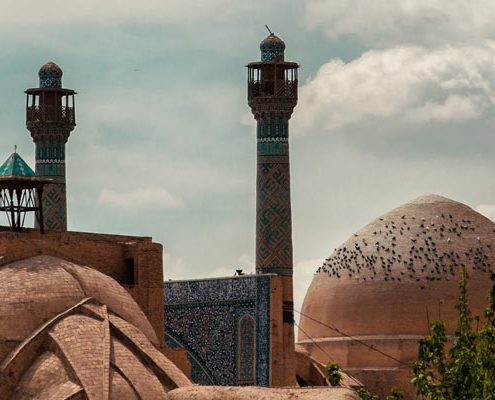 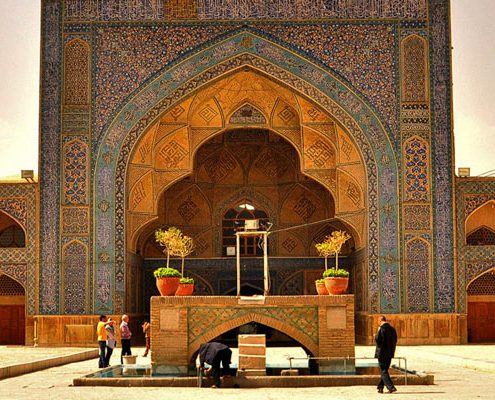 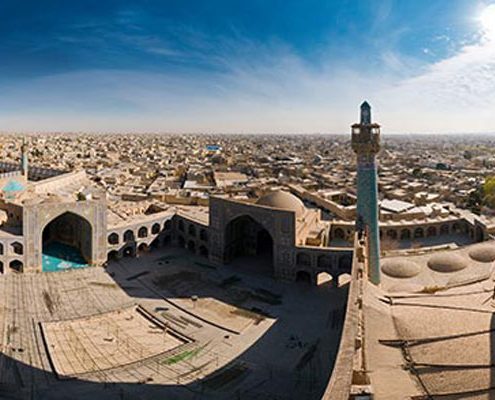 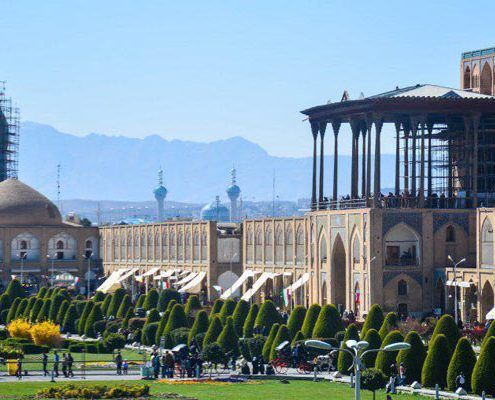 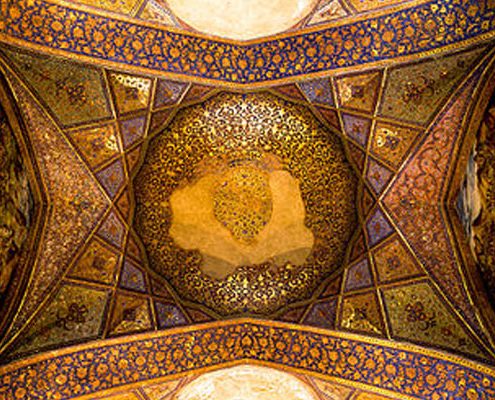 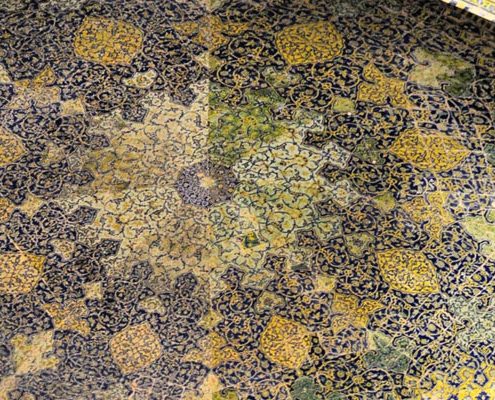 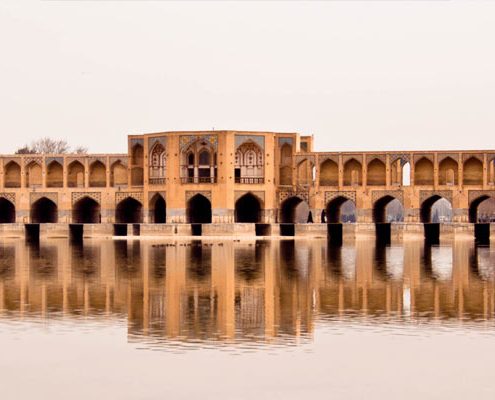 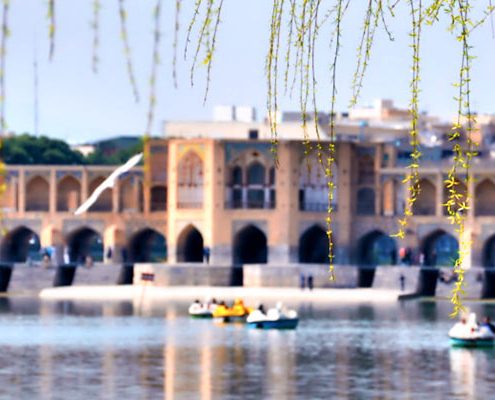 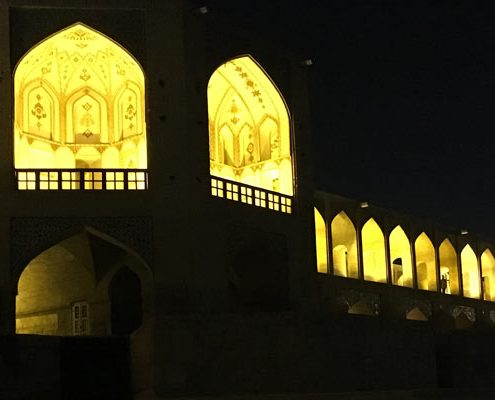 In this tour, we will be visiting Atigh Mosque as a collection of Iranian Islamic architecture. Atigh Mosque is one of the most magnificent corners placed in the historical context of Isfahan. Of its beauties Nizam al-Mulk dome, Taj al-Mulk dome, the al-Mihrab Oliyatou (the altar of Master Hydar) and the Beit Al-Sabat shabestan, which is apparently known as Linen tent. For visiting the next site we will walk through the Bazaar and then to the circumference of Naqsh-e Jahan Square. We will reach Naghshe-e Jahan Square in 20 minutes through the Qeysarie Bazaar or Grand Bazaar of Isfahan. Naghshe-e Jahan Square known as an important historical site was an arena of government (Ali-Ghapo Palace), Economy (Qeysarie Bazaar), Religion (Sheikh Lotfollah Mosque) and People (Jameh Mosque). They were placed in four corners of the square as the four main pillars of Safavid reign. Walking up the stairs of Ali Qapu Palace (center of Safavid dynasty) and watching Naghsh-e Jahan Square from the palace balcony is a lifetime experience that will make any tourist fall in love with Isfahan. And you will never regret walking up 200 flights of stairs to reach the hall of music. It is certainly well worth visiting. There is also the experience of singing under the tallest double shell dome with 52 meters height that has a worldwide reputation. In our next site we will be visiting Chehel Sotun Palace. This is the only remaining palace from the Safavid-era, with artworks on the wall They depict specific historical scenes such as king’s entertainment ceremonies and receptions. At the end we will make a visit to the most beautiful historical bridge in Isfahan named Khajou Bridge and we will be visiting the mausoleum of Professor Arthur pope which is located near the bridge. Khajou Bridge is one of the most beautiful and the only tiled bridge in Isfahan which will be visited by our professional tour guide.

Be the first to review “Isfahan in 1 day” Cancel reply

Isfahan in half a day