Know Before You Go

When is the best time to travel to Iran?

Iran, located at the crossroads of four geo-climatic zones, is one of the unique four season countries in the world. From the hot deserts in winter to the mountains where the temperature drops to minus 2 degrees Celsius in summer. In some regions you can experience summer and winter in half a day. You can visit Iran in any time of the year according to the purpose of your travel, But the majority of travelers visit Iran in fall season from late September to December when in most of the areas, the weather is neither too cold nor too warm.

We are all one, from our very roots. No matter where you come from, you will be showered with the hospitality and politeness that represents Iranians.

Go and experience the world and the reality yourself. Through times the media have always had its own view point on different matters. Obviously, bad things can happen anywhere, and you always need to be careful. But ask anyone who has traveled to Iran, they would most certainly tell you that Travelling in Iran can be an eye-opening experience as soon as you’re there, you will find that the reality is far removed from how media portraits it. Iran is a country wanting to be seen for what it is, a safe and family friendly country.

Iran is a great place for backpacking

Iran’s rich culture, affordability and Surreal landscapes have made it an ultimate backpacking destination. From exploring mountains and islands to deserts and evergreen forests. Right now, Iran might be the best budget backpacking option in the world. You can find so many hostels and cheap hotels all around Iran. More and more backpackers have discovered the wonders of Iran in recent years.

Rial and Toman are two words used by Iranians to refer to their currency. The difference is that; locals use Toman for their daily based payments. If you are given a price in Rial, you just have to deduct one zero to have it in Toman and vice versa as in 10,000 Rial is equal to 1000 Toman. This can be sometimes confusing since If a price for something is for example 17,000 (seventeen thousands) Tomans, they just refer to it as 17(seventeen) Tomans.
Read more …

The Islamic dress code requires women to cover their hair, neck and arms. covering up your entire body with a chador (a black cloth that covers the whole body) is not an obligation, you simply need to cover your head and hair with a hijab or loose scarf.
For men, shirts and long pairs of pants or trousers are suggested.
Read more …

for getting any kind of Iran visa and to be accepted at the time of issuing your visa, a valid travel or medical insurance is needed. Make sure your insurance policy specifically state that the insurance is valid for Iran. the terms “middle east” or “Asia” on your insurance coverage won’t be accepted. you can wait in line and buy an insurance at the airport for an extra 16 Euros or so.

Crossing the street is an adventure itself

Crossing roads in Iran, on any normal day, is somehow challenging since you cannot just rely on traffic lights and cross walks. Make sure you look both ways even in a one-way street. Sometimes even with the red lights on, some motorcycle or even cars may not slow down when you are passing the street through the cross walks. It is actually not as horrible as it sounds so just take a deep breath and cross the street with extra caution.

Iran is known for the genuine warmth and welcoming spirit of the Iranians. since ancient times, Iranians have always been friendly and hospitable with travelers and they would invite them to their house as a guest and treat them as a member of their family. From Wherever you come from, Iranians will come up to you and say “hello,” take pictures with you and they may even ask you all kinds of questions including personal ones. Experience the Iranian culture in the reflection of Iranians’ hospitality.

Physical greetings are restricted to members of the same gender except for family members and children. If you meet someone of an opposite sex, the common way of greeting is to put your right hand on your chest and gently bow to show respect.
for informal situations, Iranians of the same gender shake hands, hug and kiss three times on each cheek.

Hotels will keep your passports until you check out

Though in most places around the world hotels usually do not ask to keep your passport, it is a common matter in Iran. They will keep it safe and give it back to you after you have checked out of your room. But always have a copy of your passport Just in case something comes up.

Mobile data service, provided by different operators, is the most common way to have internet access in cities of Iran. with various options and plans according to your needs, you can purchase different packages to have internet anytime and anywhere. Network Speeds are variable.
Read more …

You’ll need a VPN to browse the internet freely

Wi-Fi and mobile data are widely available in Iran. But There are few websites that are blocked in Iran. You can access your Gmail account and popular social network applications such as WhatsApp and Instagram without any issues. Facebook, Twitter, and YouTube among some other websites are blocked in Iran. Fortunately, you can get around this firewall through Virtual Privacy Network or VPN.

you can take all kinds of photographs. photography is not allowed in cases of: the police, military, government buildings, airports, trains and facilities. It is always a good idea to ask locals before photographing them but in general they would not mind it and would actually be glad.

Since governance of Iran is based on Islam religion, Drinking Alcohol is completely banned in Iran as it is against the principles of Islam. Selling alcohol is illegal in all parts of the country. Residents or visitors who are non-Muslim are accustomed to the rules all the same.

10 reasons why you should visit Iran now

Why you should visit Iran 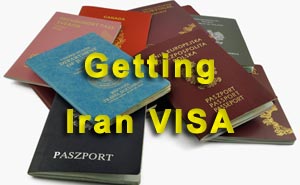 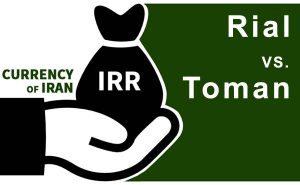 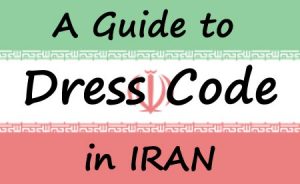