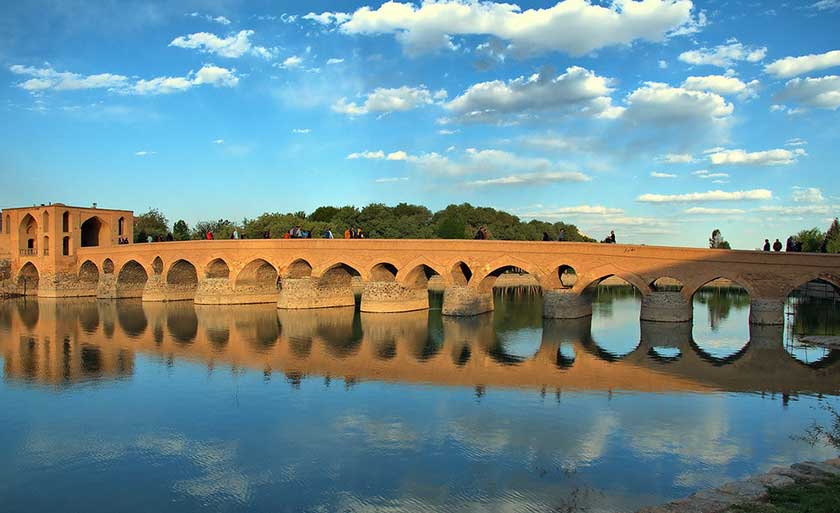 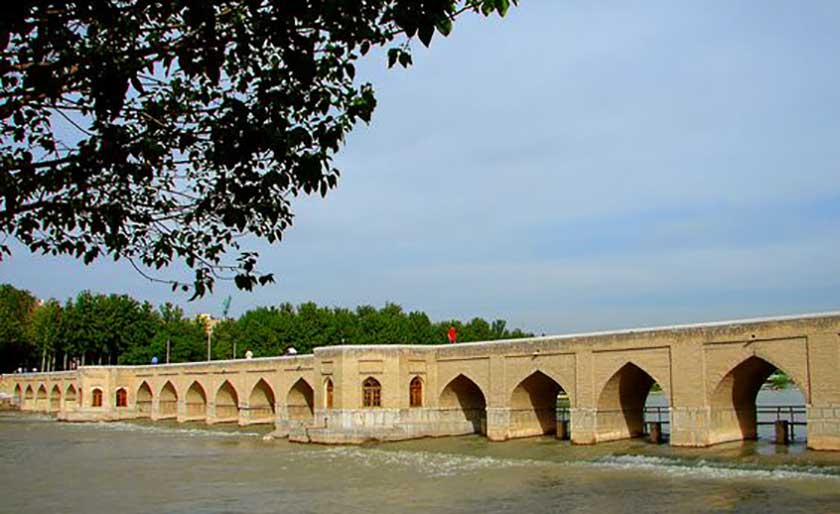 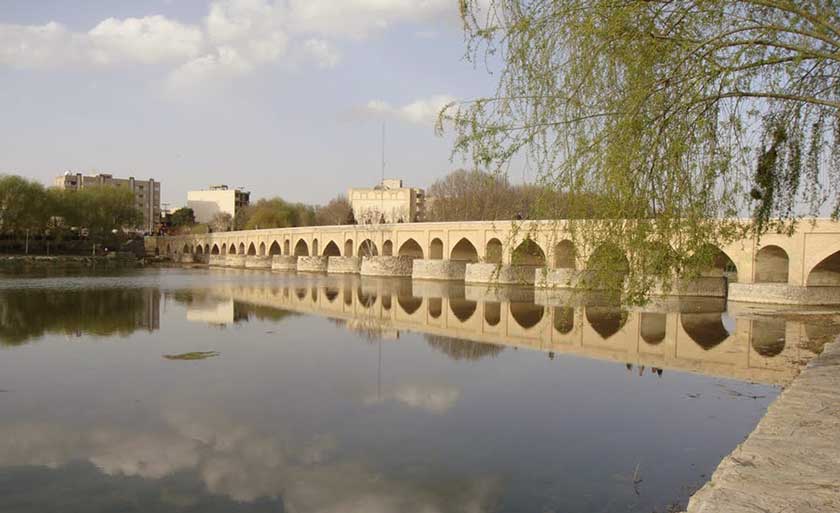 This huge park on the outskirts of Esfahan encompasses a large complex of attractions that makes it pleasant The park includes of Birds Garden the Esfahan Aquarium a Sea Shell Museum a Reptile House and a Butterfly Collection Each attraction is charged separately and there is no combined ticket. With a picnic, the wooded park makes a pleasant day’s outing, particularly in autumn when the leaves change color. Other attractions inside the park include a small chairlift over the river, horse-drawn carriages, a miniature train and a water park for kids. A Ladies Garden (8am to sunset) gives a bit of respite for women wanting to avoid unwanted attention, kiosks sell limited snacks, there’s a restaurant in the Birds Park and the grounds are serviced with clean toilet facilities.

The historical Si-o-She Pol bridge is the largest hydraulic structure in Iran. It is 295 m long and 14 m wide. The construction of this bridge dates back to Safavid era. Shah Abbas the first ordered the building of this bridge.

Set on the zayanderood river, this bridge connects the northern part of Chahar Bagh Abbasi street to its southern part. Actually, this was the main role of the bridge in the first place. The reason behind its being the longest bridge is that it was constructed over the widest part of the river.

Si-o-Seh is the number 33 in Farsi/Persian. It was named after its defining feature which is the 33 arches it has over the river. This bridge is also famously known as Chehel Cheshmeh Bridge and Allahverdi Khan Bridge.